This is the first month of a series of Question of the Month posts. The Clean Cities Technical Response Service Team provides comprehensive answers to all of our questions related to alternative fuels and advanced vehicle technologies.  If you have a question that you’d like answered by the Technical Response Team please email it to jceponis@cdtcmpo.org or directly to the team at technicalresponse@icfi.com. 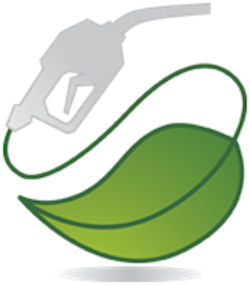 Question of the Month: What is the current status of the Renewable Fuel Standard (RFS) and how do the new 2014 proposed requirements differ from previous years’?

Answer: The national RFS program was developed to increase the volume of renewable fuel blended into transportation fuels. As required by the Energy Policy Act of 2005, the U.S. Environmental Protection Agency (EPA) finalized RFS1 program regulations, which became effective on Sept. 1, 2007. The Energy Independence and Security Act (EISA) of 2007 increased and expanded this standard through RFS2, mandating that by 2022, 36 billion gallons of renewable fuel be blended into transportation fuels. Though EISA set final volume requirements, EPA must determine renewable fuel percentage values annually to meet the requirements. Fuels are broken down as follows:

Any party that produces gasoline or petroleum diesel for use as transportation fuel in the United States, including refiners, importers, and blenders (other than oxygenate blenders), is considered an obligated party under the RFS program. Each year, EPA determines the Renewable Volume Obligation (RVO) for obligated parties. The RVO is calculated as a percentage, by dividing the amount of renewable fuel (gallons) required by the RFS2 for a given year by the amount of transportation fuel expected to be used during that year.

The ethanol “blend wall” refers to the difficulty of incorporating an increasing amount of ethanol into the transportation fuel supply at percentages exceeding 10%. Almost all gasoline sold in the United States is E10 (10% ethanol, 90% gasoline). While blends as high as E15 (15% ethanol, 85% gasoline) can be used in some conventional vehicles, these blends are difficult to market on a widespread basis because they can be used only in flexible fuel vehicles (FFVs) and model year 2001 and newer vehicles due to equipment compatibility issues. Additionally, “E85” (51%–83% ethanol blended with gasoline) and other mid-level ethanol blends can be used only in FFVs. EPA has proposed the lower advanced biofuel and total renewable fuel volume requirements above for 2014 due to the anticipated inability of the market to supply the Congressionally mandated volume of renewable fuels to consumers in 2014.

In conjunction with the 2014 volume requirements and percentage standards, EPA is also considering a joint petition from the American Petroleum Institute and the American Fuel & Petrochemical Manufacturers, as well as individual petitions from several refining companies, requesting a partial waiver of the 2014 applicable volumes under RFS2. EPA is collecting comments on both issues through Jan. 28, 2014.